Divorce is almost always complex. It is an emotional time. Perhaps you wanted to end your marriage amicably but now there is conflict. We are here to help.

So many issues arise in family law — divorce is the most common, but there are enough other issues to make your head spin.

When you hire us to defend you, our lawyers will be beside you all the way, including booking & bail, arraignment, plea bargaining, preliminary hearings and trial. 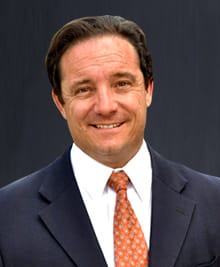 Don’t Be Afraid To Call

While your legal matter may be complicated the process for hiring an attorney is as simple as picking up the phone. Our firm is made up of real people who have shared many of the issues we help our clients with. We look forward to helping you get through this tough time. Please don’t hesitate to call.

Let us protect your reputation and your freedom

Have you been charged with a crime? Going through a tough divorce? Need to explore bankruptcy? Been injured by someone else’s negligence? If the answer to any of these questions is yes, our firm is here to help. Please reach out to us today. We are real people and will help you solve your problems with real solutions.

We take great care to make sure our clients are well represented and have the best possible outcome. Here are just a couple of examples of what our many happy clients think about our firm.

My wife and I have had the privilege to know J Thomas Salata for the past seven years as both an attorney and as a friend. Tom has handled some of our domestic legal issues and has given me guidance and direction on other legal issues.

We cannot say enough about Tom’s ability as a lawyer in his professionalism and knowledge of the law. Tom makes it his business to know and understand his client’s needs and issues but also to make his relationship with his client a true friendship.

One a personal note, Tom has a lovely family. He is also a fellow member of our country club. We value him professionally and personally as a person of integrity.

The accident occurred on a very busy section of Rte 20 , I had a green arrow to take a left hand turn in front of traffic, unfortunately it must have changed to red when I was half way through the intersection and was hit on the passenger side of my car.

I called Attorney J. Thomas Salata and reviewed the accident with him, I was also cited for a ticket which I felt was not fair as I was half way through the intersection when hit, which meant to me the person saw me coming and just did not stop. The passenger side of the car was heavily damaged and to me that was proof enough. Mr. Salata took me back to the accident scene and we reconstructed what happened right there. I was due in court in a few days and did not want this mark on my license, or to give the insurance a reason to increase my rates.

Mr. Salata appeared in court with me and had the case dismissed, meaning I was not charged with a traffic violation or the accident. He saved me a great amount of money on a ticket and the increase in the insurance.

Mr husband and I have called Mr. Salata quite a few times for information that we needed to have, he has always been very professional and never kept us waiting for an answer. We have recommended him to many of our friends and they all had the same results as we did, professional and caring and right on top of things.

The information you obtain at this site is not, nor is it intended to be, legal advice. You should consult an attorney for advice regarding your individual situation. We invite you to contact us and welcome your calls, letters and electronic mail. Contacting us does not create an attorney-client relationship. Please do not send any confidential information to us until such time as an attorney-client relationship has been established.